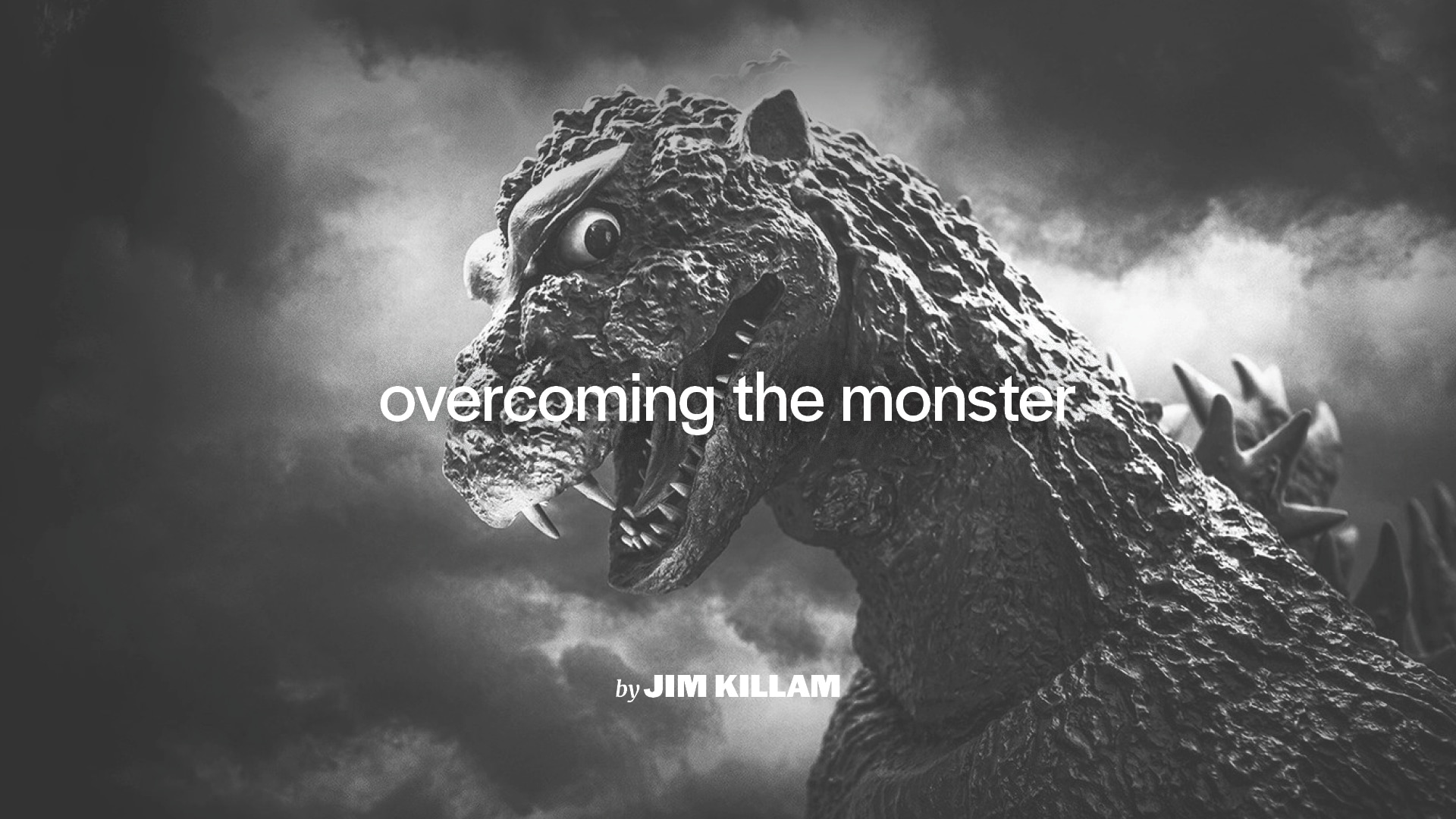 People who teach writing like to talk about the basic elements of any good story. Characters. Setting. Conflict. A 350-foot-tall lizard that breathes lightning and threatens humanity.

Stick with me here. Any story needs a monster, and according to three dozen movies, Godzilla stands as the king of all monsters. Name any great film or novel and tell me it wouldn’t be even better if Godzilla were somehow involved. Gone with the Wind. Chariots of Fire. Driving Miss Daisy. A Beautiful Day in the Neighborhood.

All Godzilla films follow a standard plot. Humans test nature’s limits, and something awful is awakened. The monster almost destroys us, amid stories involving nuclear attacks, the Cold War, technology run amok, genetics run amok, hostile aliens run amok and, especially, other giant monsters run amok. Most of the early Godzilla films were made in Japan, as a response to Hiroshima and Nagasaki. Some are pretty good (like the 1954 original). Most are cheesy (the bottom feeder being 1994’s Godzilla vs. SpaceGodzilla). The 2014 incarnation, “Godzilla,” was the best of the bunch. I’m not much for sci-fi or comic book films that become a two-hour video game; this story takes a nice, long time to rev up before the Tokyo-smashing begins.

This week, Warner Bros revealed the trailer for the most spectacular Godzilla movie since the last one. Godzilla vs. Kong comes out in March and involves “a swath of destruction across the globe.” You can make the following presumptions about this movie: 1) It will be stupid. 2) I will watch it anyway, as part of my quest to remain perpetually 12 years old.

What is it about Godzilla that fascinates us? How come three dozen bad films couldn’t destroy him? I think it’s because the basic storyline always rings familiar: human achievement, pride and, yes, sin eventually cause problems we can’t control. All hell breaks loose. And then sacrifice is required to set things right again.

Film critic Roger Ebert once wrote: “All good art is about something deeper than it admits.” In other words, universal themes emerge — themes that resonate with people even if a story’s characters and setting don’t. Experts believe there are really only seven stories*, and they just keep getting retold in different ways. Godzilla is story type No. 1 on most lists: Overcoming the Monster.

I’m convinced that every person on Earth is hardwired to love this storyline. Any story about overcoming a monster carries some echo of the gospel, whether the writer or director knows it or not. Ecclesiastes 3:11 mentions why: God “has planted eternity in the human heart.” This is why a story with even faint echoes of the gospel captures our attention and imagination.

Now to the original. In Ephesians 2, Paul picks up the story of humanity as we are headed for tragedy. Something terrible, sin and death, has interrupted good. Then, a surprising plot twist in verses 4 and 5: “But because of his great love for us, God, who is rich in mercy, made us alive with Christ even when we were dead in transgressions—it is by grace you have been saved.”

Tremendous sacrifice is made, and it changes everything. The story ends better than anyone could have imagined. Verse 6 says, “And God raised us up with Christ and seated us with him in the heavenly realms in Christ Jesus …”

Think of any superhero movie. Think of The Chronicles of Narnia. Saving Private Ryan. All of World War II, for that matter. The Wizard of Oz. Star Wars. They’re all the same story really, just told in different ways.

Modern English has restricted the definition of a myth to mean something false. But the broader definition says a myth is “a traditional story, especially one concerning the early history of a people or explaining some natural or social phenomenon, and typically involving supernatural beings or events.”

In that light, film director Ron Howard said this about the original Star Wars, but I think we could understand it even more deeply:

“It was a combination of the familiar myths, but it was retold in this way that we just had never really experienced before. And it was so exciting. It made those old myths, those old ideas land in a powerful way, but we were ready to receive them because it was directed in such a brilliant, remarkable, fresh way.”

May we never lose our love for good stories that communicate elements of the gospel whether we know it or not. Sorry, Tokyo.

—
*The other six stories are: rags to riches, the quest, voyage and return, comedy, tragedy and rebirth. You can find them all in the Bible.