MINUTE READ
Children
First Free Kids Summer Preview
This Friday's Family Movie Night kicks off a full summer of Kids ministry at First Free. Kids Director Kari Heckler talks about the excitement around it all ... and how kids are doing as we begin to emerge from COVID.
Jim Killam
June 2, 2021 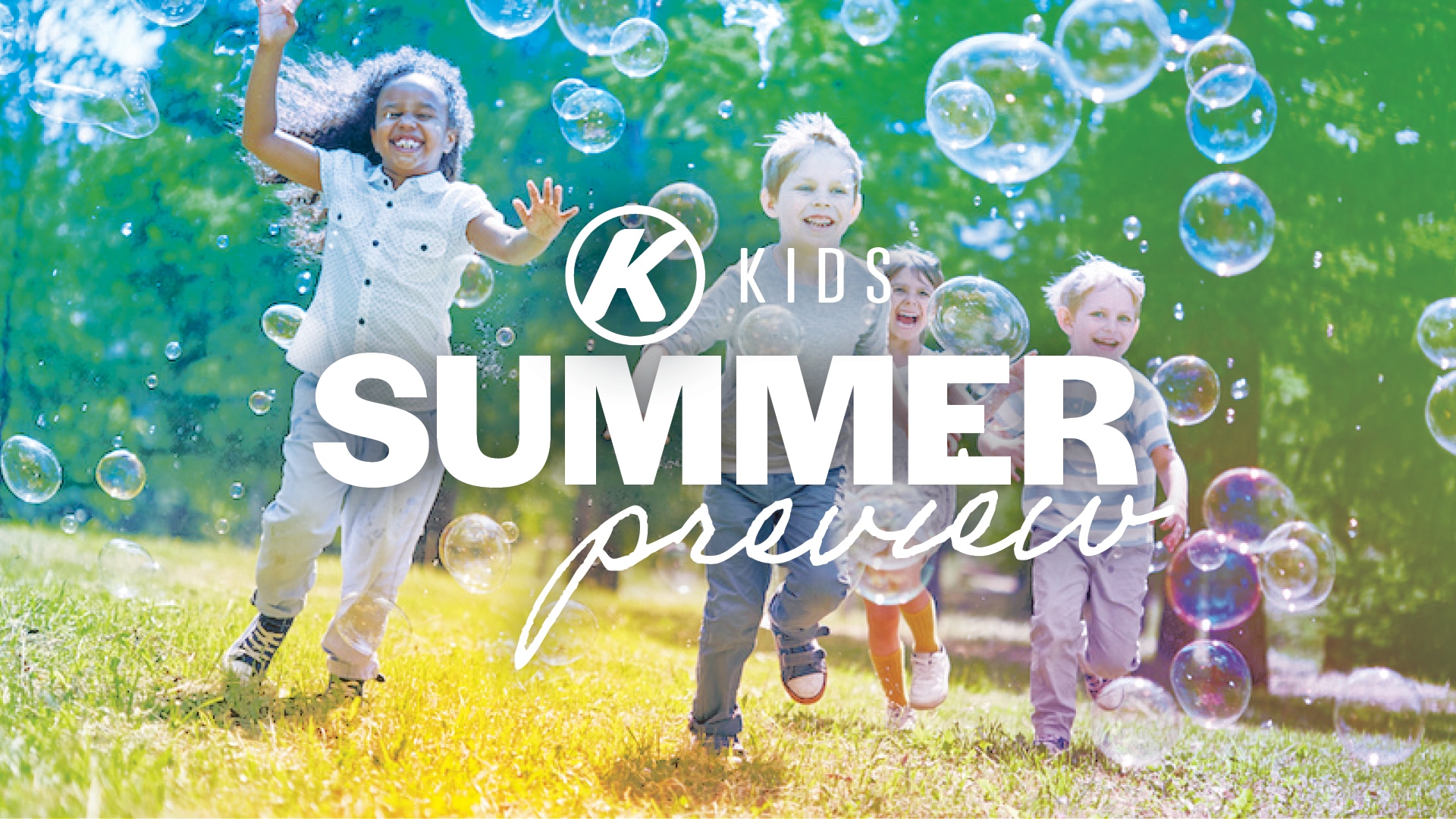 First Free Kids Ministries are in full swing again, both on Sunday mornings and with special events starting this Friday evening. We spoke with Kids Director Kari Heckler about what this summer holds.

It must feel great to be talking about all of this again.

First of all, I’m just excited to be open. That’s a blessing. Sunday mornings, second service, we have our full Kids program going. I just want to encourage families to get their kids coming in on Sundays. It’s easy to get in the habit of staying home to watch it on television in our jammies.

Have you seen any differences in kids as our church has been gathering again? They’re going through something that their parents and grandparents never did.

When we first started Sunday mornings again, they just looked so shocked to even be there. During our worship time they were very still, not a lot of singing, not a lot of movement. And now they’re singing and they’re joyful and jumping around and they’re communicating so much more with their small groups on Sundays. The kids are now at this place where they’re very comfortable and it’s their routine.

That must be great to see the gradual warm-up.

At first I saw a lot of fear in the kids, and uncertainty and quiet. Kids who weren’t even shy before were more quiet and shy. But that’s slowly moved away now where it’s feeling more like, OK, I know where I am. I know what’s going on. This is exciting. And one thing I’ve really noticed is how well-behaved the children are now. It’s like they don’t take it for granted now. They’re more appreciative of things that are available for them.

The downtime lasted long enough that kids had to hit a “reset” button whether they realized it or not, right?

With the kids who need a little more attention, I used to need to take them aside or work with them more. I have not had to do any of that. Everybody’s been respectful to their leaders. Everybody’s been where they’re supposed to be. There aren’t kids running around lost in the sanctuary when they’re supposed to be in class. There’s no backtalking. That’s been a really something, just that change. And I pray that stays.

This is your first summer at First Free that looks anything close to normal. With Summerama and other things coming up, what sort of focus do you want Kids ministries to have?

It’s going to be about discipleship. With Summerama, because it’s smaller (because of COVID restrictions), it’s going to be better for discipleship and connecting with kids, and letting the kids better connect with Christ because they’re getting better discipling. That’s not to say that Kids ministries wasn’t doing a wonderful job before. But when you have a little bit fewer kids, you can give them a lot more attention.

A lot of the kids at Summerama may have already heard the gospel. The ones who haven’t will hear it every day. But it’s going to be about discipleship, that they really grow in their relationship with the Lord.

We have a Summerama Staff that is sold out to Christ, loves kids and are basically amazing people who are ready to spend much of their summer serving the community through Summerama.

I’m excited about all of it. It’s going to be awesome!

KH: “We’re inviting a couple of the public schools to come, and we really want our church family to show up for that. Everybody can come. But don’t just drop off your 7-year-old. It’s definitely for families to attend with their children. We did a movie night last year that went really well, even with COVID. It’s something free to do. We will be giving out free Bibles for visitors.”

Monday through Friday
Weeks of: June 21, June 28, July 12, July 19 and July 26
Ages: Summerama is for kids entering grades 1-6. Totarama is for kids pre-K through kindergarten.
Registration: summerama.org (yes, a few spots remain for most of the weeks).

KH: “Even before COVID, I was talking to the team who work with me in the Kids office. I said, ‘OK, is Summerama going to be daycare, or discipleship?’ And of course, that’s a no-brainer. It’s not going to be babysitting. It’s going to be like when you send your kids away to camp. Only it’s day camp.

“We won’t be feeding the kids hotdogs (previously on Fridays) this year. That’s because of budget and also COVID, of course. We just didn’t want to mess with the food. So the kids are going to have to pack their lunches and snacks, even on Fridays.

“But as far as all the fun that the kids love about Summerama, that’s all still happening. The games, the individual camps, the tent time. The difference will be, there will be fewer kids than there were before. This started due to covid restrictions, but our Kids team truly believe that it’s a win for the Summerama kids who will be joining us this summer.

KH: “At the end of summer, we have the chemistry guy, Josh Denhart, coming back. There won’t be the hands-on part because of COVID, but the show part. We’re pretty excited about that. We want everybody to bring their friends and neighbors. He puts on a great show, and he shares the gospel. He’s got a whole new show, different from what anybody has seen before. And it’s free for everybody in the community. All ages are welcome.”

“For both the movie night or the chemistry show, I want those to be opportunities to bring their friends. So kids can just get that nugget of the gospel, or get a Bible in their hands. And then, we hope for the growth and the watering of that seed to happen, whether it be at First Free or in some other environment, or another church. But if they could just get that seed planted.”

Club 45. During second service, for fourth and fifth graders.

KH: “Club 45 speaks more to that age group than putting them in with the other elementary kids. So we’re excited about that. And this year, we’re going to allow the kids who are leaving fifth grade to stay, even though they’re joining Heartbeat, because they’ve kind of missed that experience because of COVID. So the kids who are starting sixth grade in the fall get to stay for that if they’d like to, and they can also start going to Heartbeat.