9-MINUTE READ
Worship
Why we sing … what we sing
Renee Cooper and Nathan Fry, our Classic and Contemporary Worship Directors, were among a group from First Free Rockford to attend the recent Getty Music Worship Conference in Nashville. We spoke with them about the impact it had on their ministry here.
Jim Killam
September 29, 2021 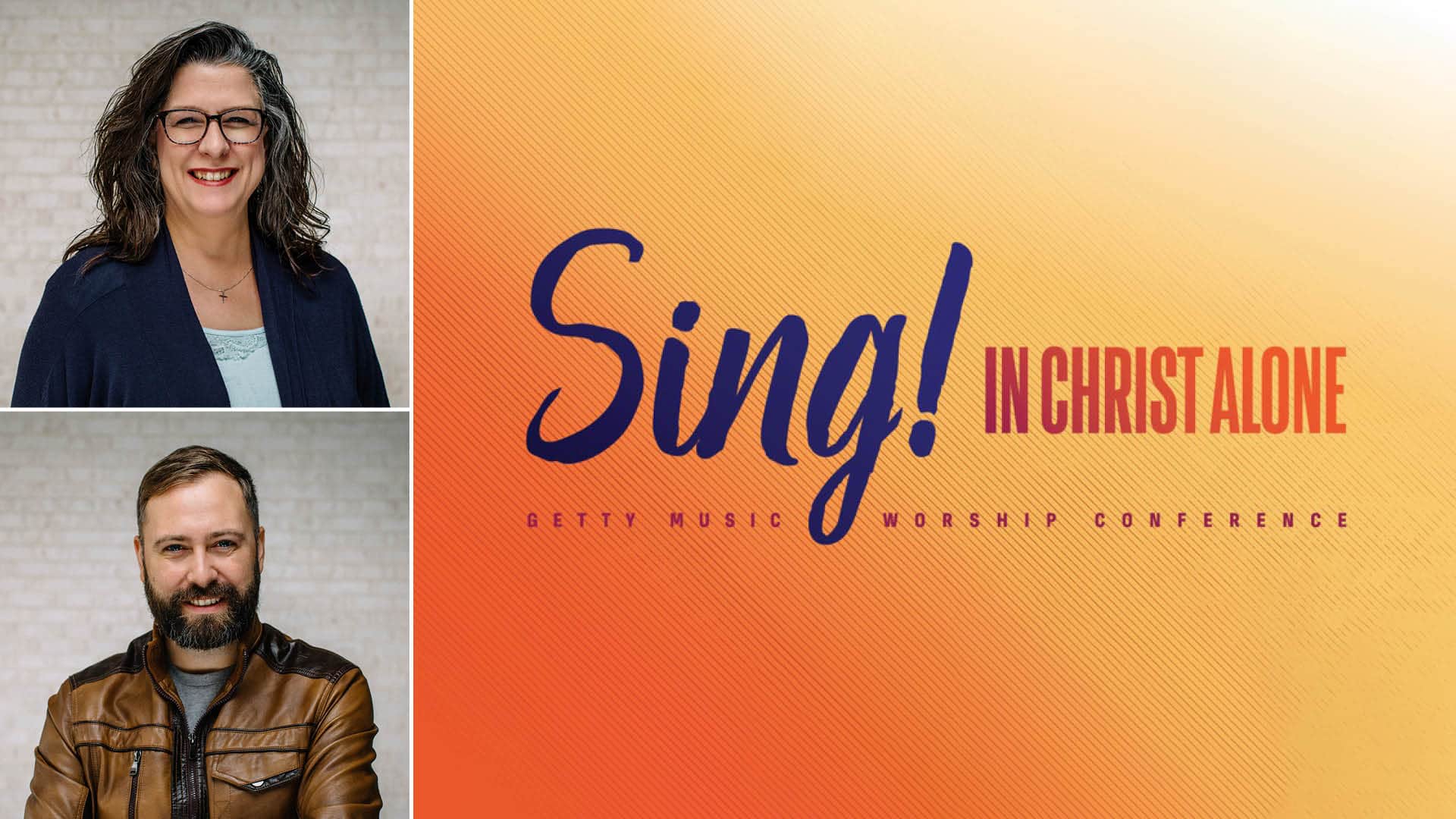 This is an annual conference you’ve both attended before, but what were the themes this year?

NF: The main thread was how critical it is for the church to be singing, and singing together. There’s that major aspect of congregational worship that we are called to do. What I love is that it’s not about a style, singing it this way or that way. You could be around a piano or it could be with full production or whatever you have. But it’s just the urgency to sing and to raise your children up in a singing environment.

RC: The conference is for pastors too, because it goes into the theology behind our worship as well. The speakers were theologians and pastors. It’s all about the theology behind it, and why we sing what we sing, and making sure the lyrics are supported by what the Bible tells us.

Is there a concern that singing together is receding in the church?

RC: Conferences like this place the emphasis on “we all need to be doing this together.” It’s not a come-and-watch. It’s come-and-be-a-participant in worship. At least for us here, I think it’s getting better. I think our people are starting to engage more. We are doing music that is singable. It’s stuff that they are familiar with, or we teach them new things. It’s not just coming in and sitting down and watching. It’s coming in and being a part of this. We all need to be doing this. It’s why I do responsive readings and such. I don’t want (the congregation) just to be hearing someone. It’s important to hear the Word of God spoken, but I want them to be speaking it as well.

Nathan, you had an awkward moment during the Contemporary Service several weeks ago that you were saying spoke to that theme of everyone singing together, right?

NF: We were about to go into our second song, and it was a highly produced song. Full band, supporting tracks and that kind of stuff going on. And we had a technical issue. All of our in-ears (headsets) had a click track pushing a beat per minute that was about 40 beats faster than it should have been. It was so bad. And I tried to power through this song, trying to sing it slower than the tempo that we all had in our ears. It was no one’s fault. It was a technical problem, but it was embarrassing in the fact that we had to stop the song.

I said to the church, “We’re all human here, but aren’t you glad we serve a God who’s going to be praised no matter what? I think our church is at our best when we can hear each other singing, spurring each other on and worshipping our God together.” And that’s exactly what we did. We trashed the rest of the set and we sang Amazing Grace, and I Love You Lord. It was just voices and a little bit of piano. And so all the church could do was hear themselves sing. And the way that people engaged in that moment was so authentic. It was so good, without any instrumentation. It was so special.

Was there a thing or two for each of you that stood out from the conference?

RC: It was a time of refreshment for us. We got to worship together without one of us having to lead something or be on the platform. It was so nice just to not be in charge of anything and not have to lead anything, and just be a part of it. It was a huge group of people, about 6,000, and just to hear them all singing together was just amazing.

And then it’s always just a reminder for me of how important it is that what we sing is what the Bible teaches—that it’s theologically sound. When you leave a worship service, a lot of times a song or a melody will stick with you. And if the lyrics are questionable, or make people think in any way that something’s not quite right, that can be very harmful. So it’s always a good reminder to me that we need to be very careful.

NF: We put so much prayer and discussion into these songs. I’m really thankful for Amy (Sanderson, Worship Administrative Assistant) in that regard. We have really good, deep conversations about song content. It’s something she really shines in, just looking in-depth into what those lyrics really mean.

RC: It’s the same for what I choose for the choir as well. In fact, there was a song that I purchased at one of the choir festivals several years ago. I really liked the song. So I spent the money on it and bought the orchestration, but then after we started (rehearsing) it a couple of times I had more than one person question me on it. And I thought, OK, I’ve got to think about this. And we’ve never done it. The title was, Be Christ. Someone in our Orchestra said, “We can’t be Christ.” We understand what they mean, that we need to be like Christ, but that didn’t fit lyrically. So they said, “be Christ.”

And so we’ve never done the song. I don’t want people to ever be distracted by something. So if that came up in our group of 60 people, for more than one person, you know there are going to be people in the congregation that will say, “What?”

NF: We might even come to the conclusion that a song is theologically sound, after spending much time thinking about it, but we don’t want to put some in this situation where they are so distracted that they’re not worshiping. When there are so many thousands of great songs that beyond the shadow of a doubt are sound and solid, is it even worth it if you have to debate it and defend it? Somebody’s going to be distracted by that. And there are a lot of songs that we have chosen not to do for that very reason.

What else spoke to you at the conference?

NF: David Platt spoke about the very real situation that there are still places on this Earth where there are people who are born, live their lives and die without having the opportunity to hear the gospel. And he said, “I’m not talking about your next-door neighbor hearing the gospel. That’s your job and that’s my job. I’m talking about unreached people on this Earth.” And he challenged us by what we the church, especially the Western church, are so focused on right now. We are so focused on our political persuasions, our views on certain mandates. We’re so focused on that, when there are places on the globe where people have never heard the message of Jesus. It’s more important than a preferential style of music or what aisle you stand on politically, or what you think about having a vaccination or not having a vaccination or whatever.

His main point was, those were never the things that united us anyway. Those are not the majors. The major is the gospel of Jesus. That’s what unites the church. So that really convicted me, and continues to shape me in the way we lead worship.