6 MINUTE READ
Students
The Night the Lights Went Out in Baraboo
A thunderstorm and a quick change of plans brought God's Word into sharp focus for our students and leaders at Summer Camp.
Jim Killam
August 31, 2022 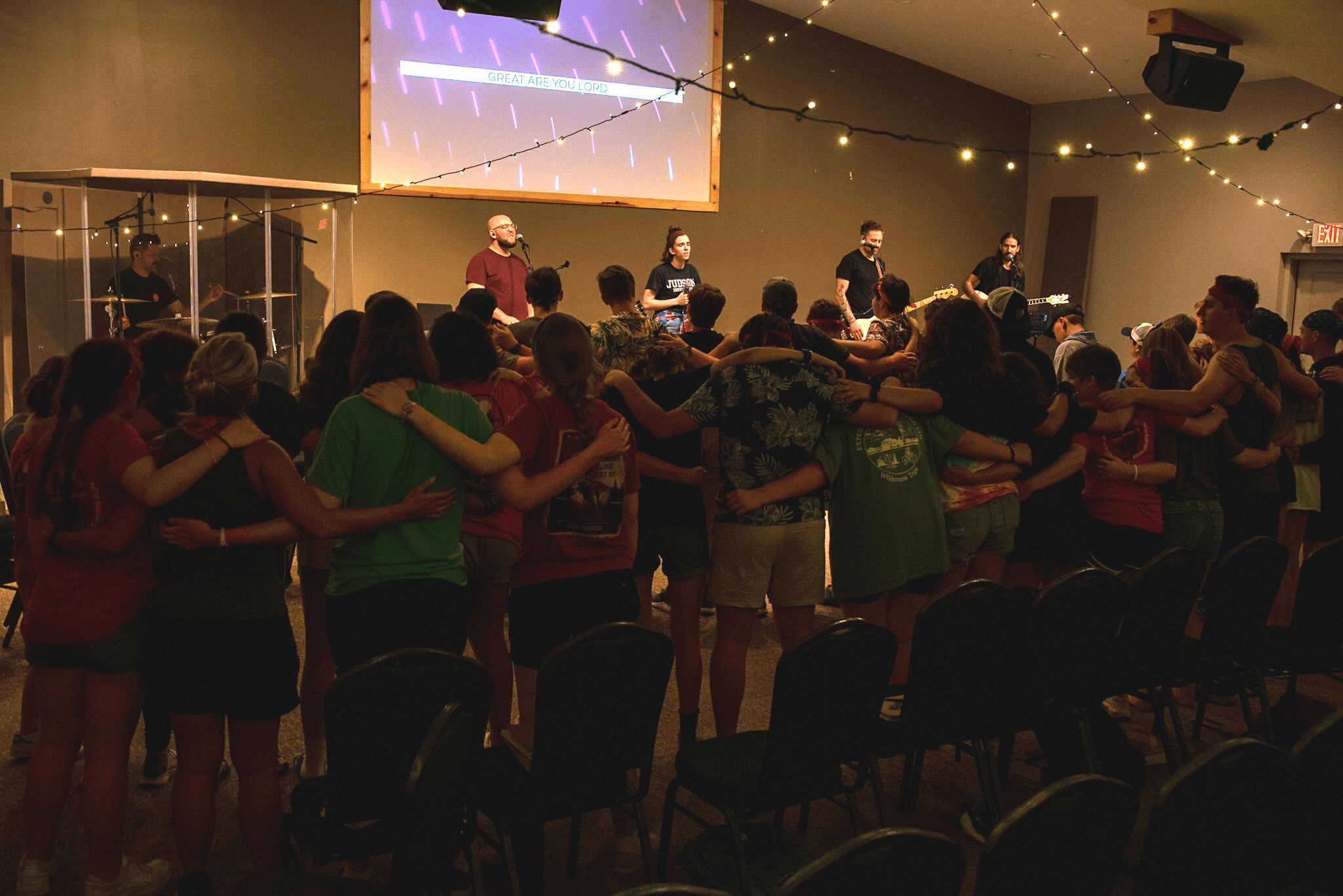 Meredith Domanico’s best memory from summer 2022? When the power went out in Baraboo, Wis.

It was the third night of Summer Camp for about 75 high school and middle school students from First Free Rockford. Just as the students and adult leaders had all gone into the dining hall for dinner, heavy thunderstorms rolled through southwest Wisconsin. A couple of minutes into the meal, the power went out. As First Free’s Student Ministries director, Meredith didn’t give it much thought. Summer daylight would last a while longer, and backup generators kicked a few safety lights on. She stepped onto the porch to watch the rain.

“And I’m thinking to myself, Oh, it’ll come back on in just a few minutes,” she says.

Then the Expeditions Unlimited camp director came outside.

“Well, what would your group want to do tonight?” he asked. “It might be a few hours or the whole evening where we don’t have power.”

Meredith hadn’t even thought of that possibility. This was supposed to to be a big night—worship music, Communion, a gospel presentation and response time. All of that was going to be tough with just flashlights. “And so I’m like, OK, what do we do?”

She came up with an idea to buy time. As each group of students and leaders came out of the hall after dinner, she told them to return to their cabins and spend a half-hour reading and meditating on Scripture — anything they wanted. Then gather as small groups and talk. What did they read? What stood out? What did they learn about God? About themselves?

She came up with an idea to buy time. As each group of students and leaders came out of the hall after dinner, she told them to return to their cabins and spend a half-hour reading and meditating on Scripture — anything they wanted. Then gather as small groups and talk. What did they read? What stood out? What did they learn about God? About themselves?

Meantime, she huddled with Middle School Coordinator Clayton Ganziano and Contemporary Worship Director Nathan Fry. They ditched the evening’s plan and replaced it with a plan for a scaled-down, unplugged gathering.

And then the lights came back on.

The evening happened as originally planned, but with some surprise reviews afterward. At their cabin, some of the middle-school boys had talked together about what passage they should read. Hudson Johnson spoke up. “Why don’t we read the Last Supper? Can we read that? I just don’t really understand that story that much. I’ve heard it a bunch of times. Can we just do that together and talk about it a little bit?”

So they did—without necessarily knowing the whole group would celebrate Communion together later that evening, and that part of the evening’s talk would center on it.

“They were blown away,” Clayton says. “We didn’t fabricate that. So where else would that come from? So they were just so excited to share that with me and say, ‘Wow, I see God working even in that.’”

“That was the Spirit saying, Hey, this is what I want you to spend some time sitting with, preparing for the work that I’m planning on doing later.”

“As I talked to my leaders afterwards,” Meredith says, “they said the leaders and the students themselves said that was the most fruitful time for them—on their own to be in the Word with the Lord.

The next morning, she revised the schedule. Instead of the planned, corporate gathering time, she sent everyone on their own again. The week’s trajectory had changed.

“It was like, OK guys, we don’t abide by man’s schedule. We abide by what God is doing. We’re doing this because the Spirit is moving. And we want to partner with God in this. He’s running it.”

Meredith would write later in her journal:

The father is not above me, but he is with me in all things and in all circumstances. He sees, knows and invites me into doing, or bringing my heart to him.

“You put a lot of time into prayer and preparation, and when something does not come out the way that you want it to, it’s this refining of Who am I doing this for?” she says. ” The Father’s ways are better. For me, that was just a good thing to remember, to always lay my plans down with open hands and be willing to know that he sees and understands, and he’s already planned it out.”