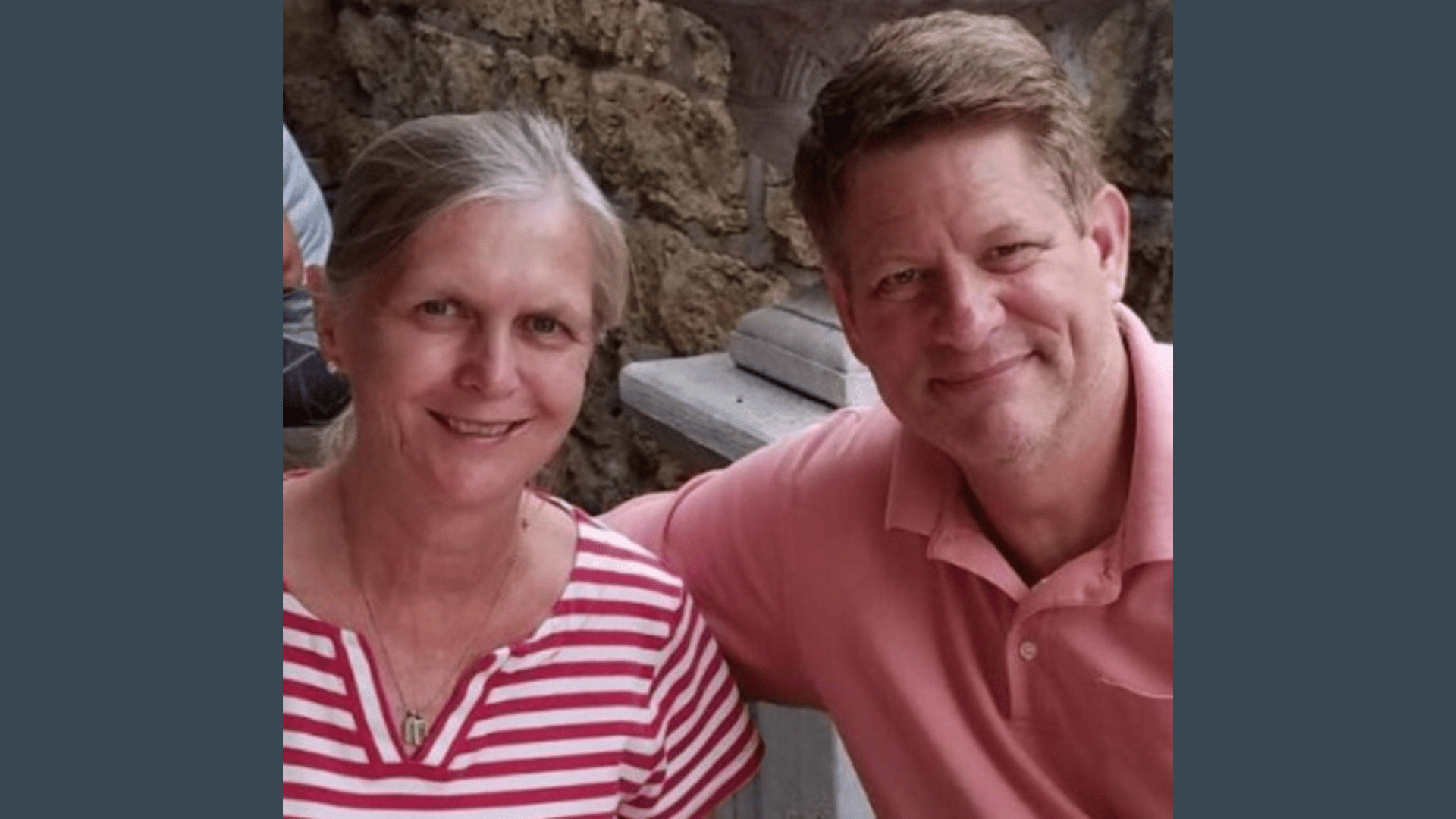 When your loved ones need help, you go.

For First Free missionaries Jim and Sandy Bellair, the war in Ukraine has been of particular concern because they lived there for four years in the late 1990s, and still have close friends there. They’ve returned often over the past two decades, but not since 2019 because of the pandemic.

This summer, despite the war, they returned to Ukraine and their former home city of Vinnytsia.

“We wanted to be with brothers and sisters and churches who have become family for us over the years, and be an encouragement and a blessing to them,” Jim says.

Their work in the U.S., through MissionGo, is mobilization—helping Christians find and pursue opportunities for vocational ministry. They also spend a portion of each year overseas, using their spiritual gifts in the areas of  evangelism and discipleship.

Into a war zone

In August, the Bellairs took a bus from neighboring Poland into Ukraine, where they stayed three weeks. Vinnytsia is a city of 370,000 in west-central Ukraine—but now brimming with 200,000 refugees as well. The city center was bombed, killing 20 people, two weeks before they arrived. Otherwise the targets have been military installations. While the Bellairs were there, air-raid sirens sounded two or three times most days, any time an airborne Russian rocket was detected.

The sirens last 15 or 20 seconds, followed by an announcement over loudspeakers urging people to take cover. Some do – especially parents with young kids. Others just go on about their day or night. Later, a single siren burst means the defense system has shot down the rocket. A double burst means it flew past overhead.

“Most people have kind of grown numb to it,” Jim says.

Left, the Bellairs take a break for a meal and conversation while packing relief supplies with the Noah’s Ark ministry in Vinnytsia.

Jim and Sandy partnered with a local church in Vinnytsia, helping to serve refugees’ needs and talking about Jesus whenever the opportunity arose. They speak some Russian and Ukrainian, but the people they encountered, especially young adults, were more interested in speaking English.

“The young people are just like our young people. They like connecting and doing new things and learning new things,” Sandy says. “And even those there’s a war going on, they’re young and they have a full life ahead.

“They love English. So we were using that as a draw, and then if they couldn’t speak English we could switch over and talk with them in Russian.”

One of the people they met is Alina, 19, who was a student in the city of Kharkiv. About 5 a.m. Feb. 24, she awoke to explosions and knew what they meant. She is from the Donetsk region, where war has been going on since 2014.

Alina’s single mother called, pleading with her to come home. Alina did, and then they decided to move west, away from the heavy war zone. They ended up in Vinnytsia, where they have found work and are sharing a dormitory-style apartment with another family.

Sandy spent time with Alina in Vinnytsia, taking her to lunch, praying with her and giving her a Ukrainian New Testament. Like many Ukrainians, Alina gets frightened now any time she hears a loud noise. She thinks it’s a rocket.

“It’s a reality for her that she has to live with,” Sandy says. “She is not saved at this point but we hope and pray through the connection that we made with the pastor’s wife, she’ll reach out to her and be able to keep up that connection.”

Jim mentions a woman and her grandmother they met, who are afraid to take the train in Vinnytsia because it passes through the area that was bombed.

“So there’s that kind of stress,” he says. “Negotiating new kinds of fears. I think a lot of them are stressed and they don’t realize the full level.”

The Bellairs also got to help distribute humanitarian aid to refugees. Churches are a central point for that throughout Ukraine. And they also helped with a ministry called Noah’s Ark, which collects relief supplies from Poland, boxes them, and then ships them to people living behind the front lines. Between 150 and 300 boxes go out each week—delivered, incredibly, within three or four days by Ukrainian postal workers wearing flak jackets.

“Everyone who gets a package gets non-perishable food—things of sustenance,” Sandy says. “And then people will actually request things. They’ll tell you how old the people are, if there are seniors or if it’s some kids or a family. They may need clothing. Water purification kits, solar phone chargers, but always a new testament in Ukrainian and materials for the adults that talk about spiritual things, because a lot of these people are not saved.”

The church across Ukraine and surrounding countries needs out prayer support.

“All of them are giving sacrificially,” Jim says. “They’re going to their pantries when they don’t have a lot themselves. So pray for the church to continue to stay strong, and that the humanitarian aid would continue to come in, because that is a tool that’s being used by God to reach people with the gospel who wouldn’t otherwise hear it.”

Meanwhile, the Bellairs hope to go back next year, and maybe even take a team with them to help the local church construct a retreat center and hold an evangelistic camp. Time will tell. They don’t rush into dangerous situations, but it’s also not their primary concern.

“We knew that God kind of prepared us for these situations, Sandy says. “When you’re in the center of God’s will, it doesn’t matter what’s going on around you.”