12-MINUTE READ
Sermon Series
Q&R with Pastor Luke Uran: Listening
Pastor Luke reflects on some of the ways God speaks to us — including about the way we treat our money and possessions.
Jim Killam
October 20, 2021 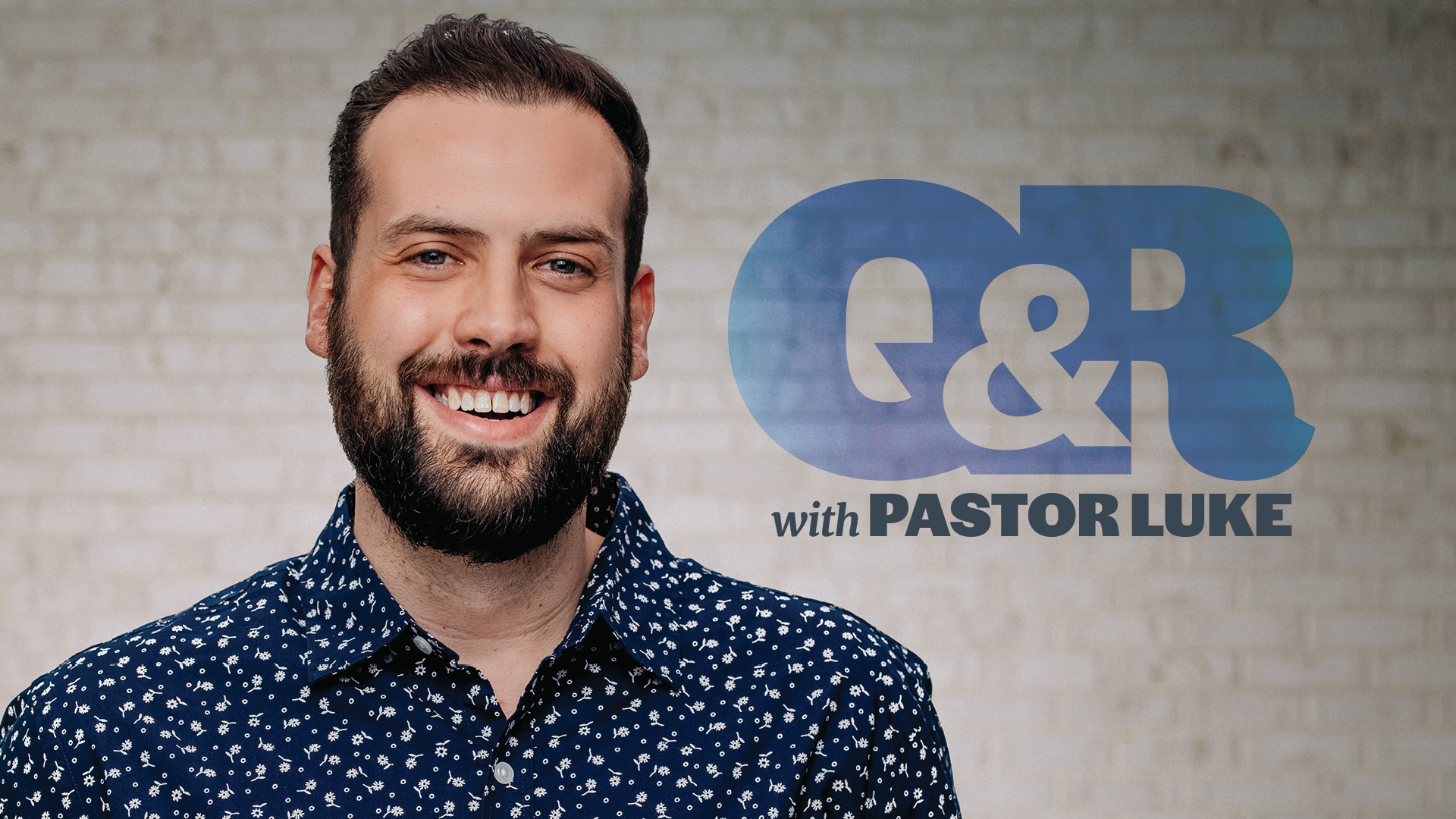 In last Sunday’s sermon, you talked about shutting out other noise and listening to the voice of Jesus. Can you suggest some ways to do that?

I think there are times when we forget that Jesus is still living and he’s still active. He’s still speaking. One of the things the Lord has been bringing about in my life is learning more about the Holy Spirit — who he is, his person and his work and what he is doing in the life of the believer each and every moment of each and every day. Part of that, I believe, is speaking to the believer.

Second, it’s going to the Word. God speaks through his Word. The Holy Spirit illuminates those words to us. I have never heard the audible voice of God speak to me. However, there are instances where I have opened the Word of God and the Holy Spirit has illuminated a verse or a whole passage or a person I can study. He has spoken to me through those things, as I’m sure he has to many people.

I also believe the Holy Spirit is still speaking. I call it gut-level speaking, like when you’re in the grocery store and for some reason all of a sudden it pops into your mind as you’re looking at that person in line at the checkout — Hey, you should buy their groceries. Many of us think, that’s just being a good person. And I don’t negate that at all, but I also think we are too quick to dismiss that that could be the Holy Spirit talking to you and prompting you to do that.

I believe the Lord speaks through musical worship, too. Whether it’s a lyric that you’re singing, whether it’s in corporate worship or a passage that you’re reading together corporately.

Another thing we really value here at First Free is Encouraging Prayer. That is listening to the voice of the Holy Spirit, who is giving this encouraging picture over the person being prayed for. What they are doing, then, is testing and weighing it with the Word of God. Because we know that the Holy Spirit is not going to contradict the word of God.

We all run into people who casually say God told them this or that. What should we make of that?

I once heard someone say that you only get to say “God told me so” one time and be wrong. Because people who are doing that for the wrong reasons can use it as a trump card: “God told me this.” Well what can you say to that? I think we need to first look at the humility of the person who’s coming with that phrase. If the person is holding it very loosely and says, “This is what I sense God is speaking to me on this issue,” that’s completely different than “God told me (blank).”

I also know that if it’s something for the church, wisdom and discernment come into play with the testing and weighing of Scripture. That will bring about a greater idea of this community — of worshipping, growing and serving together and seeking the Lord on those things together.

The next two Sundays have a theme of living generously. Where is that going and what are you sensing from God?

One of my mentors says we should be preaching on generosity at least every 18 months. The reason being, this is either a major, major benefit or a major, major hurdle when it comes to being a follower of Jesus. It’s one of those critical issues that often doesn’t get talked about enough. Part of that is because there have been abuses in the past, and in very recent years. But for some, there is just a discomfort to it.

As I was studying and preparing and praying through what the Lord would have me share, I did a little research into finances in Scripture. Sixteen of 38 Jesus’s parables address how to handle money and possessions. In the four gospels, one out of every 10 versus — 288 verses in all — deal directly with the subject of money. The Bible offers 500 verses on prayer, less than 500 verses on faith, but over 2,000 verses on money and possessions. Jesus talked more about money than he talked about heaven and hell combined.

Jesus knew, as the Apostle Paul tells us and 1 Timothy Chapter 6, that the love of money is the root of evil. Especially in the Western church, even with the chaos of culture that is happening today, there is still comfort here. What can become dangerous territory is when we are so comfortable with where we are financially and with our possessions that we forget whom those come from, and we forget to give those back to him.

So to tie this all together: Money, comfort and stuff can stand in the way of us listening to God?

I have found that the times in my personal life when I’m hanging on to money or possessions tightly are exactly where the Lord is trying to get my attention. So if I am gripping those things tightly, those are often the areas where the Lord wants to come in and say, Hey, it’s OK that you have that. You don’t have to feel guilty about having it. But are you allowing it to become on idol?

When we talk for the next couple of weeks about living generously, we will be looking at Jesus’ Parable of the Talents, and we will be looking at the fact that the kingdom of heaven return on investment never goes bad. We’re not giving because we’re guaranteed we’re going to get something back, or get something greater. But in my personal relationship with Jesus, and in my family’s relationship with Jesus, we are receiving this free gift of being in the joy of our master. I’m doing it because I know it brings joy to Jesus, to the Holy Spirit, to the Father. That is the heart-level motivation of wanting to give sacrificially.

So that’s what we will be talking about in the next couple of weeks, and then we’ll be talking about some nuts-and-bolts ways we go about doing that. Taking steps of faith. We’ll look at 2 Corinthians 9 and what Paul was saying to the church in Corinth about giving.

What would you say to someone who feels uncomfortable with this topic?