MINUTE READ
Sermon Series
Q&R with Pastor Luke Uran: Behold the King
Three Kings — no, not those three kings — provide the early setting for a sermon series that takes us through the Christmas season. We spoke with Pastor Luke Uran about how these imperfect, Old Testament kings point to the one true king whose birth we are about to celebrate.
Jim Killam
November 24, 2021 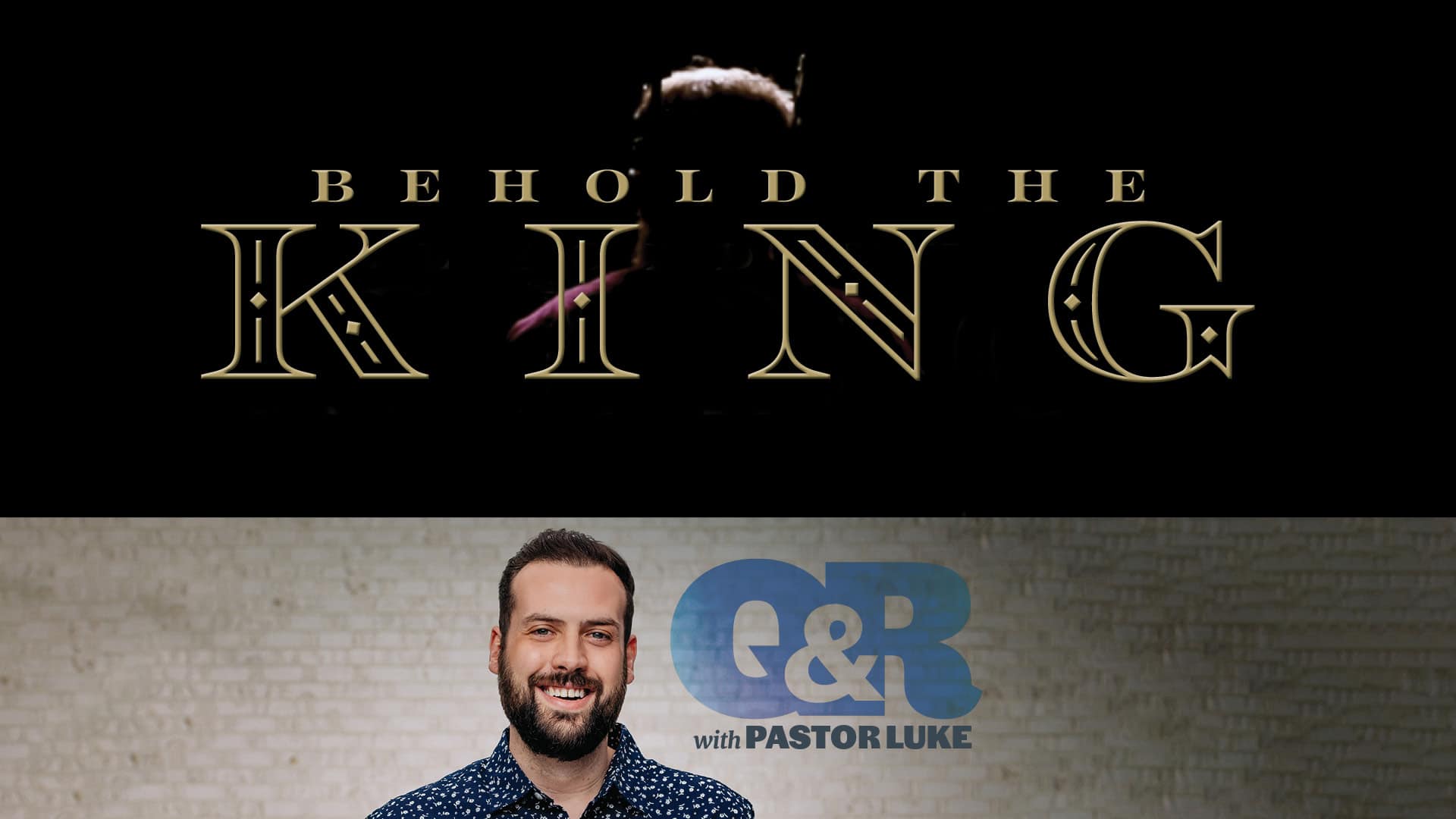 In this series, you and Pastor Josh are going to start by talking about three Old Testament kings. What’s the connection with Advent?

As I was praying about it, one of the things that kept coming to mind was the kingship of Jesus. The precursors to Jesus’ kingship that we read about in the Old Testament are the first anointed kings of Israel — namely, Saul, David and Solomon. We see throughout their lives that each and every one of them fell short in so many ways. And those things are acknowledged. In Psalm 51, David is repentant of that and turns back to the Lord. Then we see a covenant established with David that there is this greater king who will come within his line and will rule on David’s throne forever.

So as we look back at these Old Testament kings, in their celebrations and in their failures, I believe it’s a good way for us to look to an even greater king. King Jesus. This Christmas season, as we continue to look at everything taking place in our culture, and all the different kings we could bow down to in the midst of the idolatry that is taking place, ultimately we want to behold King Jesus as the one true king.

That’s a recurring theme in history: “We need a king. We need our idea of a king.”

In 1 Samuel chapter 8, the people of Israel are talking to the prophet Samuel and saying, “We want a king like the other nations have.” They were not looking up. They were looking around them. And even though them asking for a king in and of itself was not a bad thing, what was a bad thing was what followed — like all the other nations have. As God’s chosen people who are set apart from the way everyone else is living, that is ultimately what broke the heart of God. He still granted what they wanted, but before that he told Samuel to tell the people about the bad things that a king would bring about.

And so ultimately, they receive this warning, but because they see what is going on around them, they are still infatuated with the idea of having an earthly king. God had already told them that he is their king, but they still wanted a king like all the other nations had.

What can we take from that today?

So we are going to be looking at these three kings and asking questions. With Saul, who are you looking to as king? With David, ultimately seeing that Jesus is the one who defeats that giant of sin in our lives. Solomon was really asking the question, what does wisdom have to do with it? Then looking at Joseph and the birth announcement given to him by the angel in a dream, and how he responds. Am I going to look out, to the rest of the world, and know how culture would react? Or am I going to do what God has called me to do?

And then the announcement of Jesus and the birth of Jesus and beholding the king. Understanding that the greatest gift the world has ever seen was not great for King Herod. Herod was insecure and he was fearful that there was a new king on the scene.

Then the Sunday after Christmas, we’ll look at Jesus’s already-not-yet kingdom and ask, how do we live in that?

The last message in this series, The Return of the King, might catch a lot of attention with so many Christians focused on the end times right now.

Often I think people are asking that when question – “When is Jesus coming back? When is the king returning?” And what I want us to focus on is, while I think the “when” is important, I think what’s most important right now is that we continue to understand what it means to live here and now for our one true king, Jesus. How do we fulfill the mission that the king has given us? To go and make disciples of all nations?

What causes people, then and now, to decide we need a king right now, and in our image? And what causes us to focus so much attention on when Jesus is coming back?

I think there are two extremes we can go to. We can slip into fear or we can slip into apathy. Fear is the over-reactor, where we think the world is melting down and everything is coming to an end. As you look around culture today, it would be very easy for us to see it that way. But then there is also apathy, where people are saying, “Well, Jesus is going to do what Jesus is going to do.” I don’t think that’s healthy, either, because Jesus has also called us and showed us how to live in light of all this. We see that in the early church times, the awful persecution that they were going through.

Ultimately, we continue to navigate this. For those who are living in fear, I don’t think that’s where God wants us. But I also know God doesn’t want us in apathy. Each morning we wake up we are one day closer to Jesus’s return. That gives us a sense of urgency. There are literally billions of people on this Earth who do not have a relationship with Jesus. As a messenger and ambassador of the gospel, what am I doing to advance his kingdom in the midst of what’s taking place?

Are there questions we can be asking ourselves to prepare for these messages over the next few weeks?

The overarching question throughout the whole series is, Who is king of your life? Who or what are you allowing to be king of your life? It may not even be a person. But to what ultimately are you devoting your life and your worship, and the affections of your heart?