6 MINUTE READ
Sermon Series
Q&R with Pastor Josh
We spoke this week with Associate Pastor Josh Pardee about our summer sermon series, Your Kingdom Come, and how it calls us to radical faith, in community.
Jim Killam
June 22, 2022 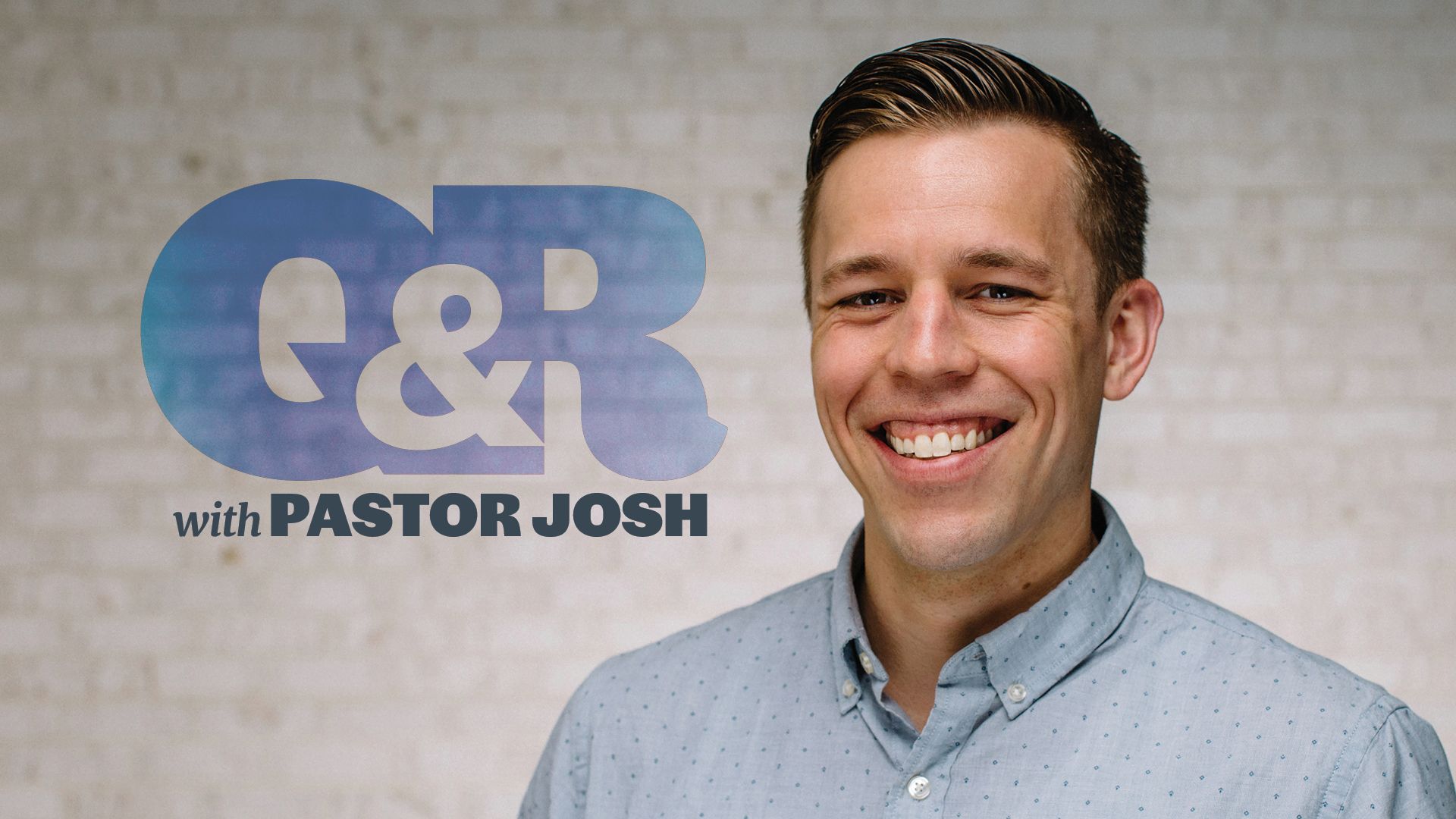 We spoke this week with Associate Pastor Josh Pardee about our summer sermon series, The Lord’s Prayer.

On Sunday you talked about the Lord’s Prayer being a communal prayer. What’s significant about that for you as a way to kick off this series?

Starting the series, there were two things we focused on—we are intimately connected to the Father and to each other. I think both of those things are really important for understanding how to navigate the rest of The Lord’s Prayer. They become the foundation that we have to build on. If we’re going to be a people who can pray “Your kingdom come, your will be done”… if we’re going to pray, “Give us this day, our daily bread” … if we’re going to pray for all these different things that Jesus is inviting us to, then that has to be the foundation. And that is a very different starting point for most Christians today. We have hyper-individualized our faith. We live in a world that always pushes us towards and celebrates individual achievements.

What we see in the biblical narrative of what it means to be a God follower is, that was never really the case. God’s people were always a people. Yes, they had leaders and people who had different skill sets, but everybody had a way to contribute. Everybody is supposed to be able to bring all of who they are and all of their talents and abilities and contribute to the work that God is doing.

And so, it’s making sure we start this series with The Lord’s Prayer not being a “me” thing, but a “we” thing. We have to be deeply connected to each other. That is really the story you see throughout the Bible. You see it in the Old Testament. You see it maybe the clearest after Jesus has left in Acts, when it talks about the early church and how they all came, and they gave what they had, and there was nobody without need. You have to prioritize that in order to have a community like that.

You also used a Henri Nouwen quote, where he equated prayer to thinking and living in the presence of God. Maybe as opposed to thinking prayer is only what formally comes between “Dear God” and “Amen.” Is that where you were headed with that idea?

Yeah, very much that it’s all of life. The prayer that Jesus gives us—yes, we do repeat it, but it’s actually that we live it. It’s giving us a framework of how to think about and navigate the world around us. Nouwen talked about how it’s not so much whether I’m in my own closet praying, or whether I’m with people or not. It’s that I’m aware of where God’s presence is at that moment, and inviting that presence into my life and being filled by that, animated by that.

I think that’s the premise of it. We don’t have to come to prayer as this ritual, or thinking of ourselves as super-pious, or become self-righteous. We’re just people living in the presence of God. He is present everywhere and we’re just trying to discern where he’s at work in our lives.

What are you learning personally as you’ve restudied The Lord’s Prayer?

Just how Jesus sees himself continuing in the work that God has been doing for thousands of years. He’s identifying himself in the tradition of what happened in the Exodus. The thing with Jesus that always amazes me is that he is always inviting anyone and everyone to come to the table to be who they are. But then he also raises the bar incredibly quickly.

And so, when I read or pray The Lord’s Prayer, I feel seen and loved and known and empowered—but I also think, Oh my gosh. I don’t know if I can actually live this out. And what would it take for a community of people to actually live those things out? It’s an exciting prayer, but also scary prayer at the same time.

I think The Lord’s Prayer postures you to have to live as someone who’s dependent on faith and dependent on Jesus. If you’re going to pray, “Give us this day our daily bread, and forgive us our debts as we forgive our debtors,” that requires an incredible amount of work in who I am as a person. It necessitates the belief that Jesus actually does want all of the hungry people to be fed, and he does want all of his kingdom to be brought, and he does want all of the hell on Earth to be removed. And so the question then becomes, Am I willing to participate in that? Do I want that? And I think that’s the crossroads that the prayer gets me to a lot of times. I can say “Your kingdom come, your will be done.” But actually, a lot of times I’d rather hold on to my anger or I’d rather hold on to my greed. Theoretically I want Jesus’ kingdom to come. Practically, I don’t always want Jesus’ kingdom to come.

What is a win for our church through this series this summer? What sort of change or realization would you like us to have?

I wouldn’t want to presume what God wants to do in each person’s life. I want to hold an open posture that this is where I think he’s been leading, and I don’t need to try to control those results. But I do think at the core, because it shapes how we live, it would be some understanding of how Jesus is bringing his kingdom to Earth and we can live in it here and now. That we don’t float away to a disembodied Heaven someday. But that actually, God says that his creation is good and he wants his kingdom to continue. This kingdom that Jesus brought, this new mission, continues to grow and we can continue to participate in it.

And so I hope we would all grow in our understanding of how that activates us, and how the way we live in the here and now really does matter. That we’re not just waiting. We are co-heirs with Christ. We are agents of the kingdom. And so that the things that were participating in have eternal implications—as individuals, as a community and for the world around us.

Miss a week of this summer series? You can always watch a service you missed on our website, app and Facebook.