6 MINUTE READ
Faith Stories | Sermon Series
‘My actions are speaking louder than my words’
Given a second chance at turning his life around at Rockford Rescue Mission, Ron Smith tells a story of humility and hope.
Jim Killam
June 1, 2022 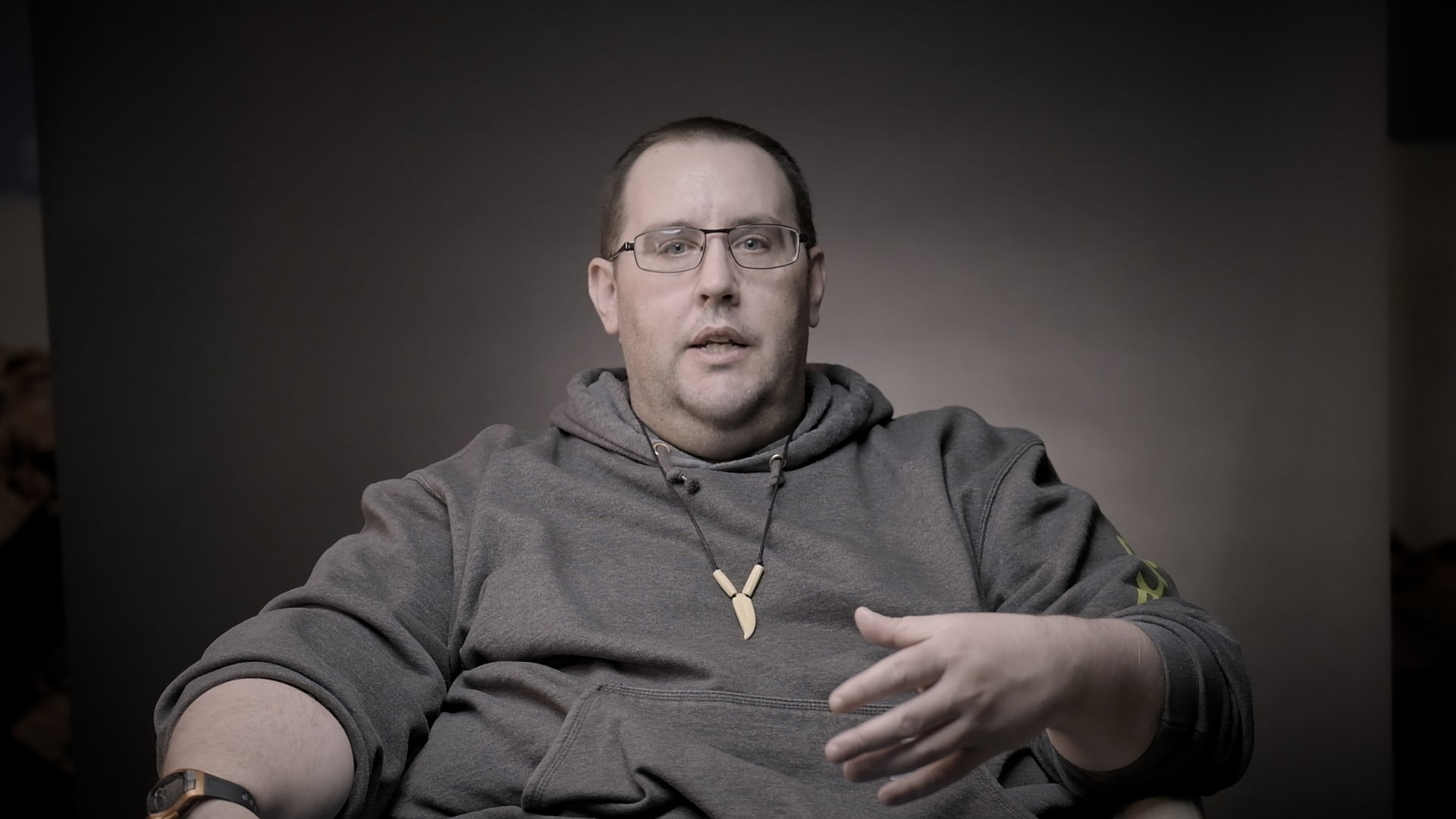 Ron Smith already had struggled since his teens with crystal meth addiction. Then in 2013, both of his parents were killed by a drunk driver.

“The only way I knew how to deal with that kind of pain was to use even more meth—all day, every day,” he says. “When I came to Rockford Rescue Mission the first time, in my late 30s, I was an absolute mess.”

Over the next year, Ron completed the Mission’s Life Recovery Program, even telling everyone there he had made a decision to follow Christ and change his life. It was what people wanted to hear—but it wasn’t true.

“I was just putting on a show for everyone,” he says today.

After Ron left the Mission, he soon fell back into addictions. Alcohol, marijuana, cocaine.

“I guess I fell away from God, even though I never really accepted him,” Ron says. “But he has always been in my life. I just chose to walk away from him.”

Ron’s sponsor from his time at the Mission would visit him occasionally in his apartment, which was a mess.

“He could see what my life had become again,” Ron says. “Finally, he told me, ‘You know where you need to be.’

With few options left, Ron came back to the Mission.

“Everyone knew me already, and the way I left wasn’t on good terms,” he says. “So it was hard for me to humble myself, come back and say, ‘I know I messed up. I would like another chance.’”

The Mission gave him that chance, and welcomed him back to the Life Recovery Program. Today he’s a changed man—for real this time, and with a real relationship with Jesus.

“People might be skeptical, but the difference between then and now is that my actions are speaking louder than my words,” he says. “This whole process has opened my eyes to a lot of things. I know that this program can help—and now I am willing to let God be part of it instead of trying to do things my way.”

Ron attends First Free’s Sunday morning worship service at the Mission. He has set his sights on finishing the Life Recovery Program, then potentially going to culinary arts school.

And he’s a passionate advocate for what God can do through a ministry like Rockford Rescue Mission.

“If you are out there and stuck out there in addiction and you really want to do something to change your life, you need to humble yourself and come and ask for help,” he says. “These people here will open their doors with loving arms and they will give you all the help that you need and want, as long as you are willing to help yourself at the same time, and let God guide you through it all.”