8- MINUTE READ
Advent/Christmas
Eyewitness news
Shepherds are forever part of the Christmas story. But that’s only because a reporter asked the right questions of the right people.
Jim Killam
December 14, 2022 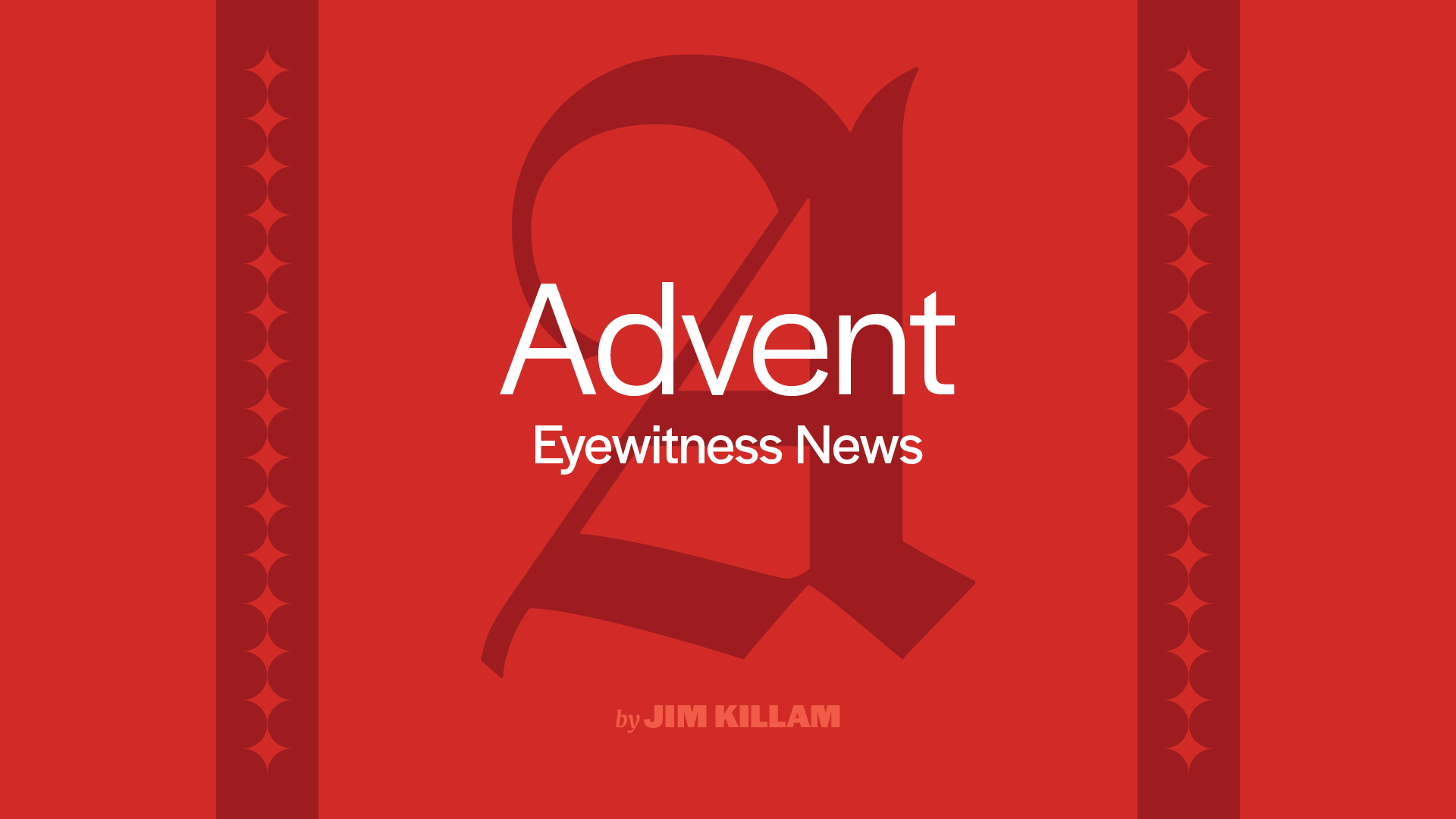 “If your mother says she loves you, check it out.”

That was the maxim at the famed City News Bureau, where young reporters covered crime, fires, courts and city hall for Chicago’s major newspapers, TV and radio stations. Over its 115-year existence (1890-2005), some of America’s best journalists got their starts there. Even some of my own NIU journalism grads worked at City News in its final years. It was gritty, often grim work, sifting through police reports of murder and mayhem and then checking everything out by going to those neighborhoods and finding eyewitnesses. When a story came out of City News, you could trust it because you knew the reporters had done the legwork.

Now imagine that, during the Roman Empire, City News had a Jerusalem bureau. Imagine you’re a news reporter on overnight duty. A wild report comes in from the sleepy suburb of Bethlehem. A bunch of angels have appeared in a field, announcing the birth of some baby whom they say is the Messiah.

Uh, sure. All that’s missing from this story is Bigfoot arriving in a flying saucer. But apparently something happened out there. So you hop on your camel and ride to Bethlehem to check it out. You arrive at the stable mentioned in the reports and, sure enough, there’s a couple with a newborn baby. All right, that’s a little odd, but understandable given that the inns were full with people in town for the census. The baby looks normal enough. The mom seems to have a knowing smile, but there are no angels in sight. Nothing to see here.

You ask the parents about the angel story.

“Oh, that was some shepherds who showed up right after the baby was born. They seemed pretty scared.”

Great. Your only eyewitnesses are … shepherds? The dirty guys who wander around fields all night protecting sheep? They probably imagine all kinds of crazy stuff out there in the dark. And who knows how much they had to drink?

The parents go on to mention the angels. They saw one, too, a few months earlier.

“Uh-huh,” you say, slowly putting away your notebook and shuffling toward the door. You thank them and depart, deciding to put this one in the file with alien abductions and Julius Caesar conspiracies.

Fast-forward about 60 years. Another reporter catches wind of the Bethlehem story—only now it’s connected to a movement that is sweeping the whole empire. Luke, a physician by trade, has taken it upon himself to research and write the whole story of Jesus. Mark and Matthew have already done this by now, but Luke sees an opportunity to draw on those accounts and go deeper. Given what he knows already through eyewitnesses and the earlier gospels—that Jesus attracted multitudes of followers, performed miracles, claimed to be God, was crucified and rose again—suddenly those old tales about shepherds and angels don’t seem so far-fetched. And no one has credibly reported this part of the story yet.

So, employing the City News approach, Luke checks it out. How? By interviewing eyewitnesses. How do we know that’s what he did? Because he tells us:

“Many have undertaken to draw up an account of the things that have been fulfilled among us, just as they were handed down to us by those who from the first were eyewitnesses and servants of the word. With this in mind, since I myself have carefully investigated everything from the beginning, I too decided to write an orderly account for you, most excellent Theophilus, so that you may know the certainty of the things you have been taught.” (Luke 1:1-4)

Maybe Luke finds a shepherd or two still alive after all these years. He almost certainly interviews Mary, who tells him the whole story: the angel Gabriel’s visit and her song of response. Her virgin pregnancy. The stable and manger. The shepherds showing up and telling her what they had just seen and heard in the fields. She’s treasured all of this in her heart for years—maybe for this moment where it’s all finally going to be written down.

Why didn’t the whole world get to see that multitude of angels the night Jesus was born? Wouldn’t that have made everything so much easier? Why, instead, were shepherds—shepherds?!—the ones to receive the breaking news? Didn’t God know we needed credible eyewitnesses?

A thousand sermons could address those questions. I’m not qualified to preach any of them, but here’s what I know: God’s character is consistent throughout the Bible. Part of that character is that he favors the poor, the marginalized, the invisible, the lowly. Most often, he accomplishes his work through those kinds of people.

I also know that God really likes shepherds. The shepherd who wrote Psalm 23 identifies the Lord as his shepherd. And how genius is it that the birth announcement for the One who would call himself the Good Shepherd was delivered first … to fellow shepherds?

Those are insights embedded in a story we might never have known … except for the fact that a reporter checked it out.