9 MINUTE READ
Advent/Christmas
Biblical prophecy: To Us and For Us
In the Old Testament, God often sent prophets to preach messages of repentance, and great hope. Our modern culture shows that prophecy must be handled with wise discernment.
Kathy Holliday
November 28, 2022 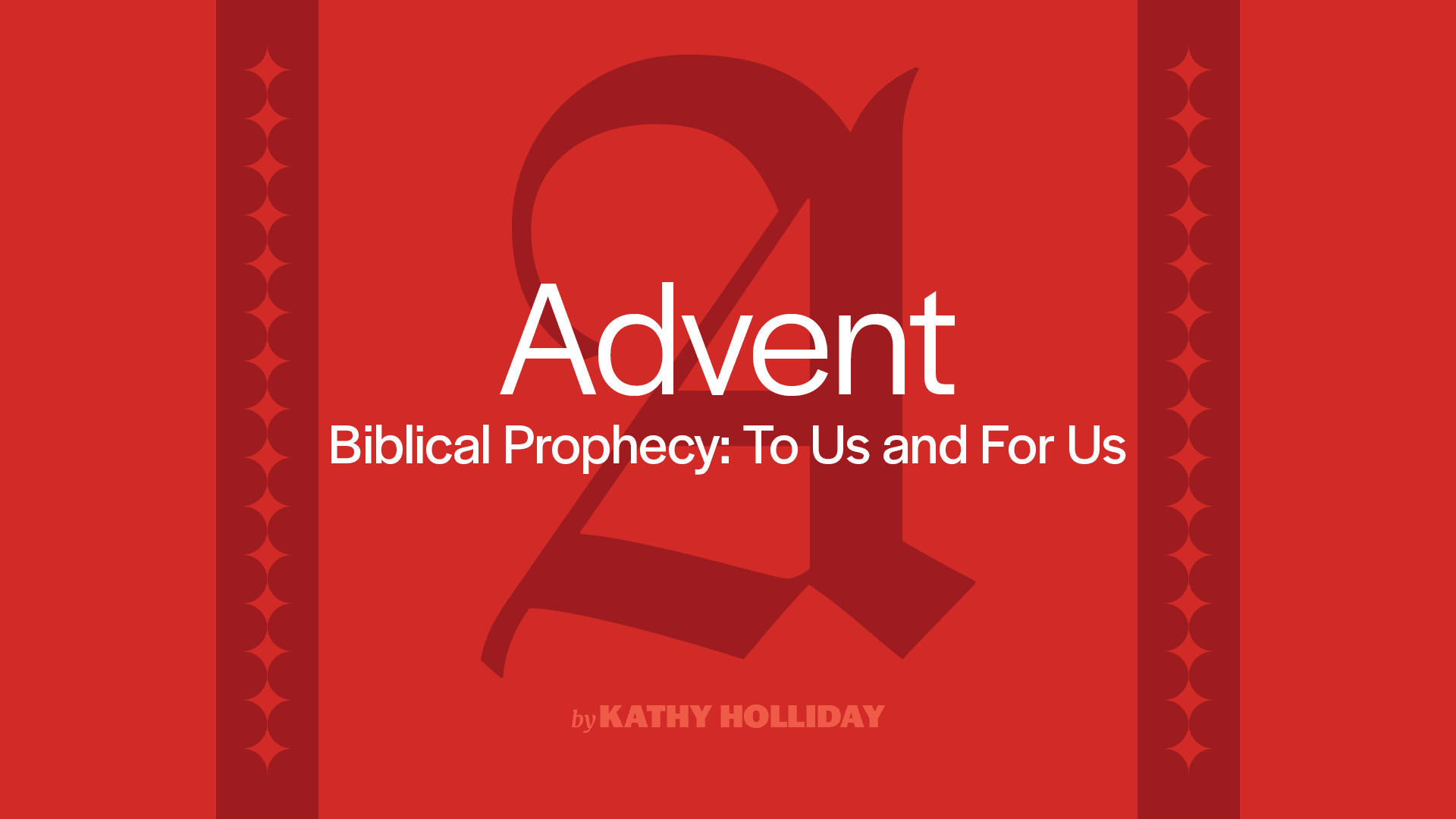 As Advent begins, the first candle represents prophecy. In the Old Testament, God often sent prophets to preach messages of repentance, and great hope. Hundreds of Old Testament prophecies point squarely to Jesus, the Messiah. In every case, prophecy should be evaluated by its source and context, and handled with reverent care.

I still remember unexpected delight washing over me in junior high Sunday School class. Every now and then, after a rushed departure from home, I would walk into Mr. and Mrs. N’s class and spy a platter of carefully frosted, smiley-face cupcakes. The frosting was sweet and the impulse behind those smiling faces was even sweeter: Nancy (Mrs. N) had made them for us “just because.” Those cupcakes signified relationship and safety, both of which tended to be in short supply at times.

It was the early 1970s. The Paris Peace Accords had not yet been proclaimed on the front page of the Chicago Daily News. Harrowing TV newscasts featured Dan Rather in a combat helmet, embedded with American troops in a Vietnamese jungle. The world was unpredictable and crazed: College students chained themselves to trees in protest of the war; zealous women burned bras to demonstrate their newfound liberation. Something called the Iron Curtain, which I later learned wasn’t an actual curtain, inexplicably sealed off most of eastern Europe. And why did the president have a middle name like “Milhous”?

It was all rather confusing and alarming for the young teen I was becoming. I hadn’t lived long enough to be interested or familiar with the concept of prophecy—biblical or otherwise. But over several months, the topic would come to the fore with unhappy consequences. I would soon learn that, if not handled with care, an overemphasis on popular theories about prophecy can lead even sincere believers toward some biblically questionable conclusions.

The landscape of my life back then included Boomer-crowded school hallways, anxiety-tinged piano lessons and cleaning up after my cat. I found emotional breathing room in that Sunday School class. Our married teachers, Bill and Nancy, weren’t daunted by the chaos lurking at the edges of daily life. They knew Jesus as a real person and related to us in ways that showed they knew we were real people, too. To observe adults who modeled an authentic walk with Jesus, without caring whether they were considered weirdos, encouraged me.

One morning, Bill enthusiastically introduced a new book to us. This book, he said, would help us make sense of the scary world. He passed a stack of red and purple-covered paperbacks around the table. On the back cover was Hal Lindsey, a hip-looking guy with longish hair, beard and mustache. The book, The Late, Great Planet Earth, was hailed as a key to end-times prophecy. It also fanned the flames of zeal for some about the likelihood of the world ending before our high school graduations. In time, it became so popular that The New York Times declared it “the bestselling nonfiction book of the 1970s.”

In addition to our Bibles, Late, Great became our Sunday School textbook. We listened with fascination that sometimes unraveled into foreboding. Unfamiliar words such as “antichrist” and “Rapture” were shown to be urgently relevant to our lives. Before long, some parents caught wind that Sunday School lessons had strayed beyond Bible stories and the history of the Reformation. Lindsey’s very specific warnings were seen as questionable fare for young teens. In the Bible, Jesus clearly warns against trying to assign end dates and times: “But no one knows the day and the hour when the Son of Man will come. … Only the Father knows.”  (Matthew 24:36 NIV)

Enroute back and forth to church, I asked my parents unexpected questions. The provocative content of Late, Great and the gathering zeal of Bill and Nancy made a compelling mixture. In class, Bill’s blue eyes became less winsome and more piercing. Week by week, attendance dropped. Without acknowledgement or explanation, consequences ensued. The day came when Bill and Nancy no longer taught that class or any other at our church. My classmates and I didn’t see them in the building again. I never knew the details, but a sense of awkward aftermath lingered.

From this surprising sequence of events, as a young teen I concluded the following: Sometimes even Sunday School wasn’t safe. Some portions of Scripture were unsafe and should be left alone; there were lines that shouldn’t be crossed. If they were, you could lose your teachers, honest questions could go unanswered and you could be more confused than ever.

Within a few years, I would be off to a secular college campus, taking with me doubts and vague anxiety about whether Jesus was big enough for the scary parts of life. What kind of “anchor for my soul” (Hebrews 6:19) could he be if people who really knew him might not be safe?

Decades later, I have come to understand the wisdom of a church being vigilant about what kids are exposed to. Satan is still a roaring lion “seeking someone to devour” (1 Peter 5:8). Prophecy can become an obsession, with current commentaries or films elevated to the level and influence of Scripture in our lives. This never ends well. Our transformation into Christlikeness includes having “the mind of Christ” (1 Cor. 2:16), including discernment.

Biblical prophecy that is still future to us requires careful handling. We should not expect to have a comprehensive understanding of every detail. It’s God’s prerogative to reveal or conceal. And yet, all Scripture is meant for our edification and guidance. He has inspired it and preserved it over miles and millennia. It should be treasured, consumed and lived by, but never shunned. Nor are we to add anything to it, by the authority of Jesus himself in Revelation 22. As we spend time in Scripture, we spend time with God. We become more Christlike as he renews our minds and helps us to see as he sees.

At Advent, we prepare for worship—to celebrate the birth of Immanuel, God with us, as confirmed by the fulfillment of hundreds of prophecies. Our lives are shaped and molded by the enormity of what happened at the First Coming of Christ, and in anticipation of his return.

May that be our lens. 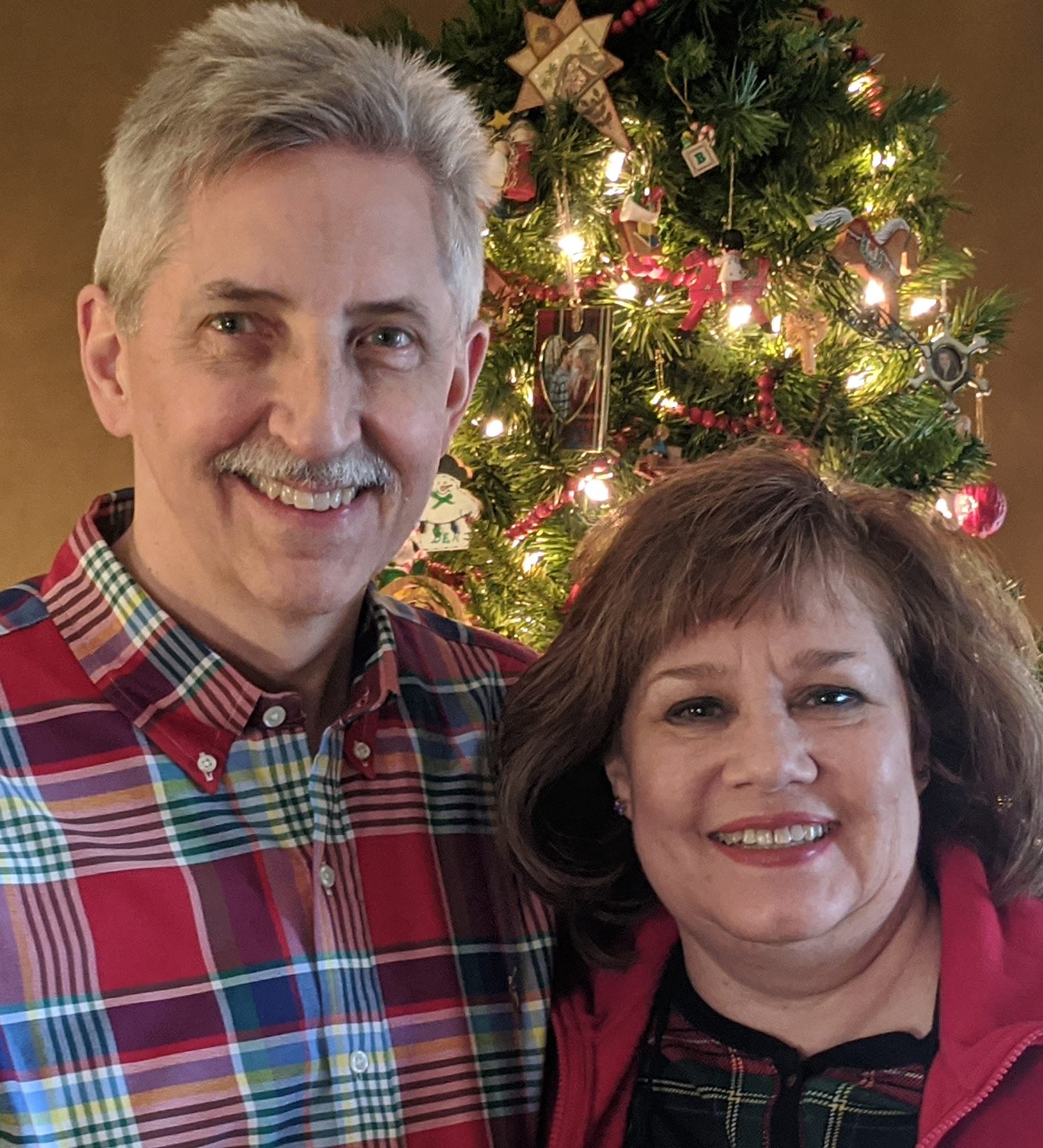 Kathy Holliday
Kathy Holliday has honed her skills in coffee drinking, writing, and editing since the previous century. Wife to Bill and mother of five, she is also a delighted mother-in-law and is owned by a Scottish terrier named Harriett.