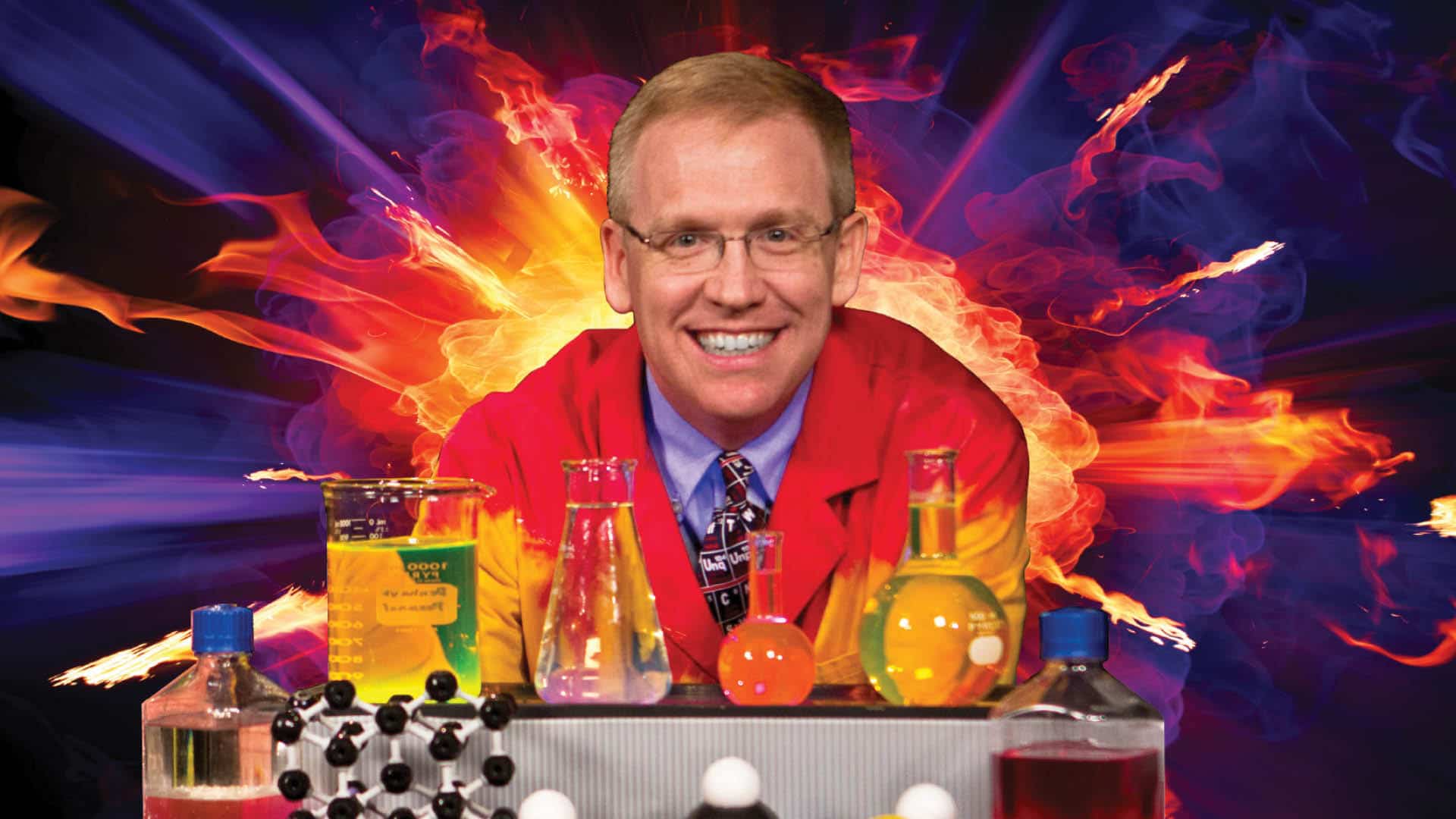 In 2003, Josh Denhart was a high-school chemistry teacher in West Des Moines, Iowa. His department head asked if he could come up with a mad-scientist routine for a local elementary school.

“I thought that sounded fun,” he remembers. “So I pilfered and pulled random things from the high school chemistry lab.”

The show was a success, with fireballs, slime … stuff like what kids were flocking to on TV with Nickelodeon, Bill Nye, Mythbusters and others. Soon, all nine elementary schools in the district wanted mad-scientist assemblies.

Eighteen years later, Josh crisscrosses the country to present the world’s only traveling, evangelistic chemistry demonstration. He brings The Amazing Chemistry Show to First Free Rockford at 1 p.m. Saturday, Aug. 7. It’s his second visit. He performed a show here two summers ago, but he promises that this one is completely different. Well, almost.

“Yes, there will still be fireballs, liquid nitrogen and explosions,” he says. “There’s some stuff that people would be disappointed if they didn’t see.”

There’s a clear gospel presentation, too — not just tacked on at the show’s end, but woven throughout the chemistry lessons, explosions and slime.

“I am using the cool parts of science to illustrate timeless, biblical truths,” Josh says. “I am not seeking to answer the age-old question of origins. I am not seeking to prove or disprove the existence of God. Not my goal. My goal is to share the good news of Jesus Christ in a highly visual and engaging way that will not soon be forgotten.”

“It’s like a good sermon that allows the audience to come up for air, laugh, and then that laughter is an open door to graciously discuss truth.”

The road from temporary mad scientist to unique, traveling evangelist began with those school assemblies. Josh used science illustrations to teach messages about good character. Teachers told him it was the best assembly they’d ever had.

Josh had already been thinking, Wow, this would be an easy translation for a spiritual message, when people from his church, Valley Church in West Des Moines, Iowa, heard about the show. They asked him to perform at a Fall Festival for kids, and the show’s local success.

Asked back for a second year, Josh was approached after the show by someone he didn’t know.

“Do you do this at other churches?” the man asked.

“And I looked him square in the eye and said, “I absolutely do.” Josh says. “Little did they know they were going to be the first one.”

Things fireballed from there, with more church shows and continuing school shows. Then Valley Church, where Josh volunteered regularly, invited him to leave high-school teaching and become its director of children’s ministry. He would stay for the next 10 years, building a successful volunteer ministry team and, along the way, developing science-based Vacation Bible School programs and more shows.

Along the way, more and more churches, schools, VBS’s and camps wanted him for chemistry shows. He invested in a trailer and a vehicle to tow it.

“It then led to being successful enough that we felt it was time for this to receive a full dose of our vocational calling,” he says. “I had beautifully worked myself out of a job (at Valley) and had developed leaders under me who now were running the show effectively without me.”

Five years ago, Josh resigned at Valley and literally took his show on the road full-time. Today he performs The Amazing Chemistry Show all over the country, and offers home-school and VBS curriculum at kidminscience.com. He’s also developed courses and coaching for ministry leaders through leadministry.com, including a podcast called Lead Volunteers. 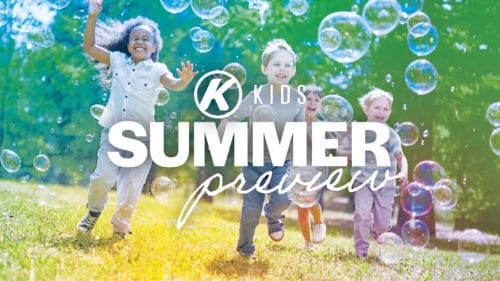 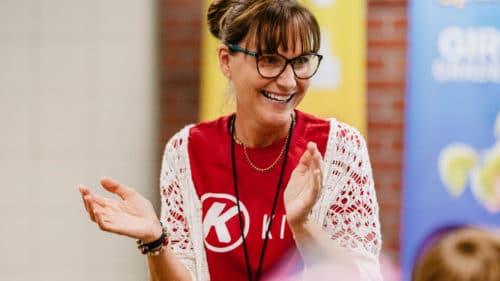 Kids Club will launch with a new look